The Kalina Sport appeared on the market on the 6th of August and has already been extensively analyzed. Here we round up 10 import facts for the benefit of prospective buyers and owners.

1. LADA Kalina Sport is the more luxurious edition of the standard Kalina, with a separate industrial branch of AVTOVAZ devoted to its assembly ( which, contemporaneously, also assembles the LADA Granta Sport). The plant produces the Kalina Sports fitted with 118 h.p. engines, LADA branded shock absorbers, disk brakes, exhaust systems and redesigned transmissions with stylish gear-shift sticks. The Sports feature original steering wheels, seats and handles for both gear-shift sticks and handbrakes. This year should see the production of roughly 600 Sports, as well as 100 of the more powerful NFR variants. 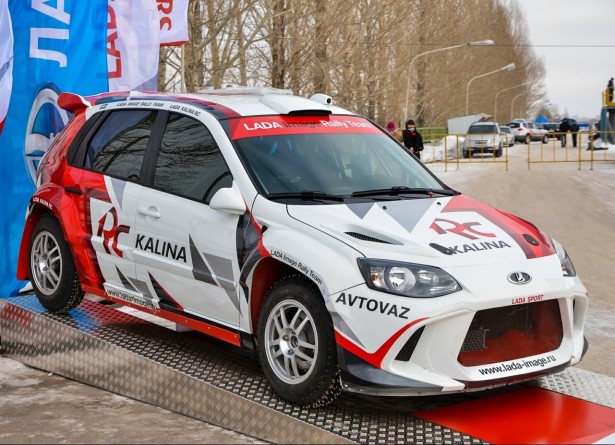 2. This Russian automobile has an extensively redesigned body and interior, making it easily distinguishable from the standard Kalina. The positioning of the fog lights on the front bumper has been altered, while the rear is now stocked with a new spoiler and air ‘diffuser’. The lower stance and new wheels give it an almost aggressive look. On the inside, the leather finished steering wheel, handbrake and gear stick are now outlined red stitching, while the finish of the glove compartment can be easily swapped for carbon.

3. The power of the engine has risen by 20 h.p. This engine, Prior’s 16 valve VAZ 21126 with a lighter rod design, was originally 98 h.p. Modifications to the camshaft’s cams’ profiles allow for a more efficient cylinder intake/exhaust process and this, augmented by lowered resistance, is responsible for the increase in power. 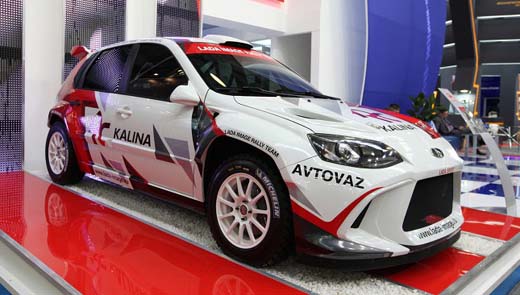 4. LADA’s engineers have put work into increasing acceleration at lower revolutions. With the main transmission design of the LADA Granta taken as the basis, a new ring and pinion increases the gear ratio from 3.7 to 4.3 This does not affect fuel consumption, but has a positive effect on the car’s dynamics: the Kalina Sport achieves 62 mph in 9.5 seconds, with a maximum speed of 122 mph.

5. In comparison to the standard suspensions found on the Kalinas from 2004, the Sport features one that has been extensively redesigned: the stabilizers are more rigid, the caster angle has increased, the suspension arms are sturdier. Other parts seeing a revamp include the shorter coil springs and the LADA branded hydraulic shock absorbers, ‘lowering’ the Sport by 20mm. 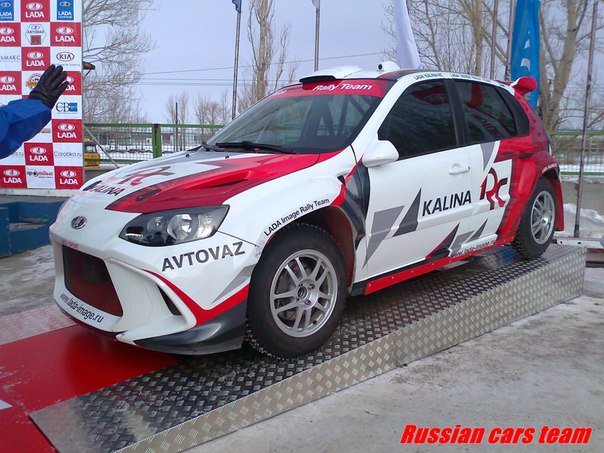 6. The ABS and ESP brake systems also differ from those found in the standard Kalina. The front wheels are installed with 280mm diameter ventilated disks. At the rear, the disks are 240mm TWR disks ( which were previously drums ). All this works in conjunction with the Bosch ABS system and ESP system, which stabilizes the vehicle in case of skidding.

7. The rear axle’s width has been stretched from 1414mm to 1432mm to give the vehicle greater stability. The rear arcs now house 195/50R16 sized wheels, with 16 inch alloy wheel disks and Taiwanese Nankang tyres.

8. The car remains suitable for everyday ‘work’ related activities, keeping a good chunk of practical functionalities such as a 240 litre storage compartment that can be increased by folding away the rear seats. This storage compartment is positioned quite low and can be used to transport heavy appliances or even furniture.