I want to say here that I am quite disappointed in the CR-V II model after 6 months and 6000 miles. Maybe for those who are thinking about choosing this vehicle would be interested in this. Many issues have already been discussed on different forums online, but I decided to gather all this information together.

All this time the light colored leather in the cabin was pleasant for me. It was beautiful, cozy and quite practical. But, in fact the leather, if I can name it so, is not as high quality as it seems to be. Recently, on the lateral side of the driver’s head restraint, I found a few cracks in the upholstery! Some time earlier, when I was removing the dirt (which is not difficult with special care products), I was rubbing too hard in one place and the top layer of the upholstery formed little cracks. So, if I would have the chance to choose now, I would get velour interior. 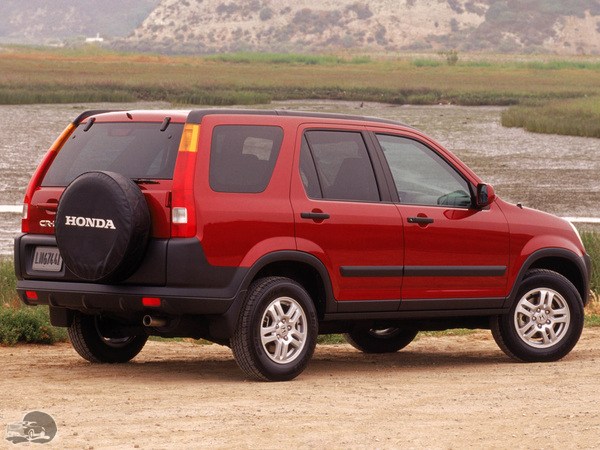 Now about the vehicle in complete configuration, which means with the hatch. You can say it is actually nice, but anyway it is useless. More precisely, it is not necessarily at all. It is important to note that when installing the hatch, the ceiling of the vehicle goes down with approximately 3-4 cm, which can be very uncomfortable for taller people. I am 185 cm tall, and when I seat in the proper vertical position, there is little space between my head and the ceiling – only a few cm! It means that in the winter season, when you put some hat, you won’t have a comfortable seat. Maybe you would think it is an insignificant detail, but it is actually unpleasant.

The bumpers have the color of the car body. Maybe it is nice, but surely not practical! Just after a few days after getting the car, some wire flew under the wheels when I was driving. It left a deep fissure on the front bumper. If it would not have been painted, the fissure would be invisible until today, but now it strikes in the eyes, so it needs to be painted again. In the winter time the scratches on the bumpers are unavoidable, so the conclusion is that unpainted bumpers are more practical. And when getting to the service, it is much cheaper, which is a big plus.

The first three details which I discussed here show that you could actually get a simpler version: without leather material, without the hatch, with unpainted bumpers, and without useless light washers (also discussed already). Only the steering wheel and the gear must be covered with leather. It is beautiful, comfortable and practical.

The upholstery in the cabin has a strange plastic. It is hard to clean properly and it is easily scratched. The same impression of impracticability comes from the black colored foils, which are plastered on the outside of the side door pillars. One day after washing, I was wiping with a dry material and, apparently some fold totally disappeared, but what was visible it was the scratches. It is also impractical, but you cannot avoid it.

The regular and unpredictable necessity to change the gearbox fluid. When I got the car, it was really in a perfect condition, with a small mileage for its 3 years (30,000 miles), but I had to replace the fluid immediately. Thank to our forum, I found out that my car had some troubles with the gear.

The car is noisy, which can be disappointing especially for drivers who had German cars some time before. In this case, the main source of the noise is the rubber. But anyway, this noise, in my opinion, does not pass reasonable limits. At least I got used to it, and it doesn’t irritate me at all.

This is all from what I can remember. I hope there is no more to say on this because in rest, the car is just great. I have driven on road, in the city, and a little bit in the mud. Everything is fine with this brand which I really respect.