You can notice the Lada Granta car model on the roads from 2011 year, and in all this short period of time, this affordable car became very popular, especially for those who appreciate Russian cars. The contribution to its success is shared not only by the low price of this model, but also by the personal involvement of  Vladimir Putin in the ‘factory test’, the organizing of special racing cup “Lada Granta Cup” (in 2012), and the well-thought-out marketing campaign, in which there has already been created the scale model (1:43) in standard and also sports performance. 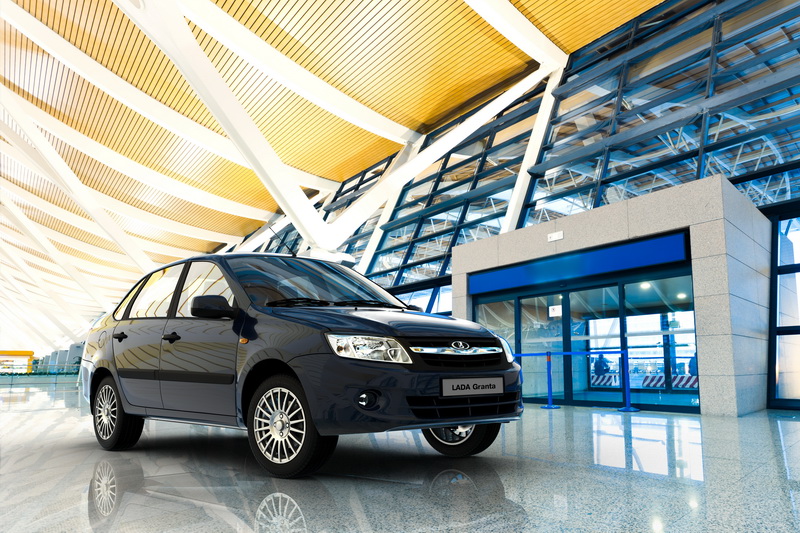 We want you to remember that the Lada Granta model was build in ‘Kalina’ factory, by utilizing the technology of the French concern Renault – Nissan, and the name of the model was selected during a contest event called “For a popular car – a popular name”, in which the winner was declared Pavel Zaharov. He received as a reward a brand new “Kalina”.

The officials of AvtoVAZ are proud that they have managed to reduce the cost of manufacturing Granta model due to the wide application of computer technology. This computer without heart and aesthetics (probably from soviet time) helped the designers to create the exterior part of the sedan. Probably this is the reason why Lada Granta came out so dull, boring, and quite simple car with an old fashioned design. And probably because of this, Steve Mattin was invited for the post of the chief designer of AvtoVAZ. 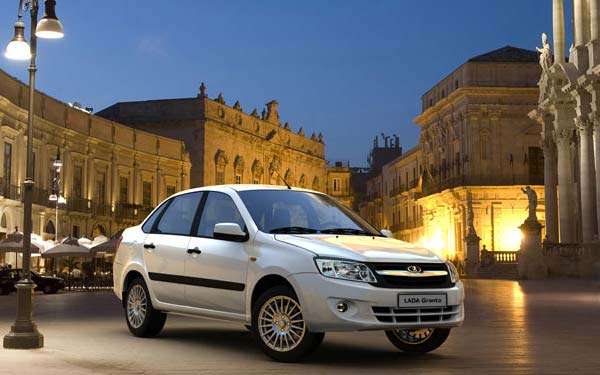 Even the luggage compartment capacity of this model is much larger – 480 liters (in comparison with 400 of “Kalina”). The car’s cabin is made as simple as the exterior, which means it is made with fewer details. For example, the upholstery of the doors from “Kalina” consists of nine parts, and in Granta model you will find three.

A similar tendency you can find not only in the cabin of this budget sedan, but also in other units and aggregates, which also contributed to reducing the cost of the car. It is worth to mention here that Lada Granta is build from about 400 unique elements, most of which are purchased from foreign manufacturers.

At the present time, Lada Granta is offered with two different gasoline engines. Both engines have the same working volume – 1.6 liters, equipped with fuel injection with electronic control system, meet the standards of Euro-4, but have different mechanisms.

The ‘junior’ engine is equipped with 8-valve SOHC timing type and has a maximum power of 87 hp, and the second engine has 16-valve timing and 106 hp. Engine torque is 140 and 148 Nm respectively. According to the owners’ testimonies, both engines behave very confidently in Russian winter conditions, being able to start in a second (though, there are exceptions when the engine is working poor even in summer conditions).

Both power unites are equipped with a 5 –speed manual transmission. But there are also provided a Japanese 4 speed automatic transmission Jatco (by the way, Lada Granta is the first AvtoVAZ car in which the automatic transmission can be installed in mass production), and a robotic mechanics (from February 2015, the robot is made based on “standard mechanics” in collaboration with ZF). 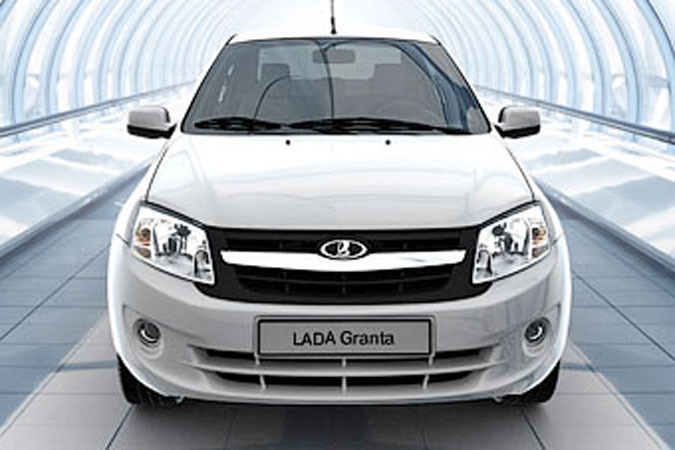 The suspension of Granta is from the same “Kalina”, though it is a more modernized version. For the first time in mass production of AvtoVAZ, there were utilized the negative camber rear wheels (-1o), which is set in the factory assembly process and does not require any future adjustments. This decision, together with a number of other improvements, led to greater stability on the road and better characteristics of the car. As for the layout of the suspension, it is not a surprise: the independent McPherson in the front and a semidependent structure at the rear.

The brake system in Lada Granta is very common and fairly simple. There are used disk brakes in the front and drums breaks at the rear. However, in May of this year, AvtoVAZ recalled tens of thousands Granta because of some problems with the brakes. It is really interesting, what was to screw up there? 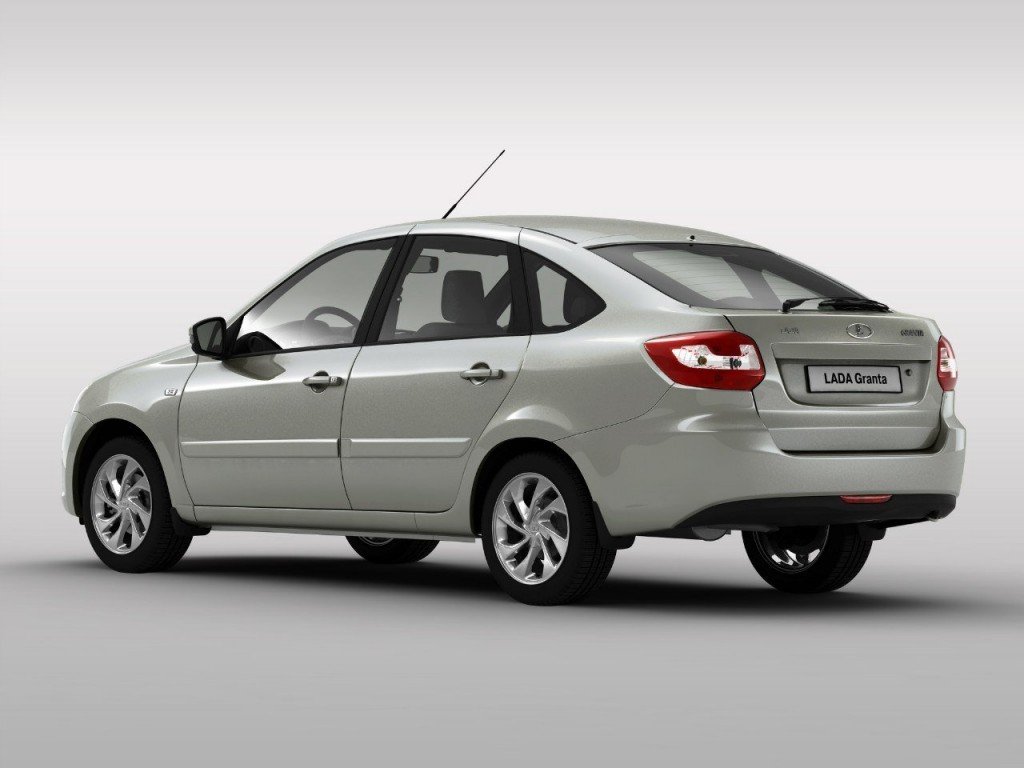 In 2015, Lada Granta sedan is available in three varieties of equipment: “Standard”, “Norma”, and “Lux”. In the Standards version you will have 87 hp engine, the sedan gets 13-inch feet forged wheels, cloth seats, audio package, airbags for the driver, three-point inertia seat belts with seat belt indicator, hydraulic correction of headlights, daytime running lights, immobilizer and a full-size spare tire.