I have a Honda 2000 civic LX. The lights dim and brighten rapidly on the dash board and head lights and overhead. I had the alternator checked. It was OK. It does this while driving or at idle. What do you believe the problem might be ?

The flickering or dimming headlights and dash lights is a normal characteristic of Honda system. This happens when the battery is supplying most of the current for the electrical load instead of the alternator. Here is why: Early is Honda vehicles come with an electrical load detector (ELD) unit in the under-hood fuse/relay box. The ELD unit allows the engine control module or power control module to regulate the alternator (switch it between high output and low output) to provide the best combination of fuel economy and electrical system operation. The ELD sends a signal to the engine control module or power control module that is proportional to the electrical demand. One of these modules switches the alternator between high output and low output depending on several factors, which include electrical demand, battery charge level, and the driving cycle. When the alternator is charging, your headlights or dash lights will become brighter.Hope this information gives you a better understanding of what is causing the lights to become brighter. 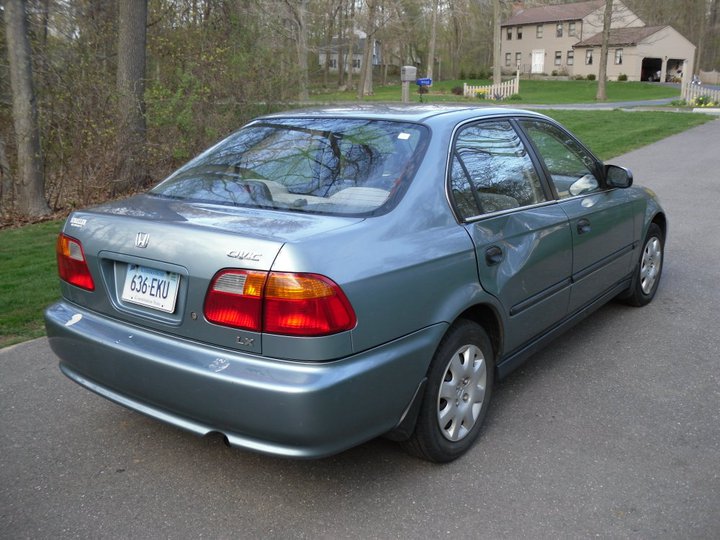 Okay, ready to retire this 1991 CIVIC, but neglected it..was low on oil and water..Temprature guage was off the map..Then engine light came on …smoked…Added coolant once cool…Eventually got it started and drove it a short distance..bellowing smoke out of tailpipe and leaking coolant from tailpiple as well….Got it started again and drove a little ways…wouldnt start anymore…Wont turn over at this point, but obviously that is not the only issue…seems like it wants to kick on but wont even turn over now…Thought head gasket…but not sure….ready to give up on it..was a nice commuter..thanks

@Kendall:
Based on your description of what is been happening, I believe the head gasket is blown/damaged. The smoke in the exhaust system is due to coolant leaking into the combustion chamber. The catalytic converter is most likely damaged because of this problem. The engine is seized right now which causes it to not turn-over because you drove the car when it was overheated. I also believe the engine oil and coolant are contaminated, and the contaminated oil and coolant could be in the heating system. If the oil goes into the heater core that could be an expensive repair because the dashboard needs to be removed for the repair. Repairing the engine will cost more than the car is value. You will need a new/used engine with new timing belt and water pump, all water hoses and thermostat, possibly a heater core, catalytic converter, and new radiator. Good luck!

I have an civic ex the remote door locks have stopped working, i can/t even lock or unlocked the doors while seated in the car using the lock/unlock switch on the door panel. relpaced the battery in the remote because it was dead some time ago don/t believe thats any cause. any ideas/direction.

@03 Civic EX
Do you have an aftermarket alarm? Check the under-hood fuse box #16 fuse (20A), if it is ok possible cause would be in the mutliplex control unit.

I have a 1991 Honda Civic DX 4 door. The passenger door will not open. The lock doesn,t seem to be sticking. It opens a crack but that is it. I can,t get the door panel off because the door is shut. Any suggestions?